Inexperienced, bad, superstitious, and gambling poker players think in terms of the short run. Their mood and disposition is determined by their immediate results. Ask them how they’re doing and they’ll tell you of their latest bad beat, their winning streak, or a particularly tough session. They focus on that which is right in front of them, measuring their success or failure as a poker player one session at a time.

We who consider ourselves thinking, strategic, serious, and skillful poker players know better, don’t we? We generally take a longer view of the game. Sure, we’re upset by the vagaries of chance. We’re not pleased by a bad turn of a card, a losing streak, or a bad beat. But we like to think, at least, that we have long term perspective on the game. It’s more important that we have a winning year than a winning session. If someone asks us how we did, we’re more likely to answer with how we played than we are to talk about how much we won or lost in the game we were in.

Being students of poker, rather than just gamblers, we know that it’s all about the long run. And so many of us focus on the skills it takes to improve our bottom line. We learn the relative value of starting hands, the odds that they’ll improve to winning hands, and how to determine the likely holdings of our opponents. Some of us take this even further, developing an attitude and image that intimidates our opponents. Others go further still – trying to deliberately provoke opponents to the point of agitating them into going on tilt or playing irrationally.

Through it all, our goal is to improve our results in the long run.

It’s with the long run in mind that I write this column about my father – who just died of a heart attack at the age of 78.

My father liked to play poker. He played it twice a week for ten years with a bunch of guys in his Florida retirement community. When he left there to live year-round in a place in Maine, he found another game that he played in weekly. He liked the socializing, the camaraderie, the conversation, and the opportunity to play poker – even though he was probably one of the worst poker players I have ever seen.

He knew poker was a game of skill. He read parts of a couple of books (like maybe a page or two – he didn’t like to read). He and I even spent a few hours together with me giving him very simple, specific instructions of how to play a tight and aggressive game of hold’em and stud. He went so far as to take notes and to bring them with him when he played. 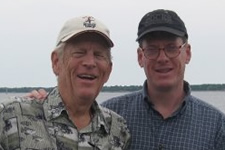 Still, he was awful. He liked to say that the guys he played with thought of him as the clown at the table – but that he created this image on purpose – that he had them just where he wanted them. I think he was right about his image – but not about his ability to take advantage of it.

I played with him a few times – and even sweated him once. I used to get frustrated at his refusal to consider the long run – playing instead just for the fun of it. Once, at Foxwoods Casino, we had just finished my “coaching” session about stud. He went right to the $1-5 table – filled with my words about playing ultra-tight – at least for a while. He folded bad starting cards exactly twice. On his third hand he was dealt (Qh, 2c)8c. He called a raise to $5 from a guy with a King and then found an excuse to call every $5 bet, losing with a pair of eights he hit on the river. He justified it, a bit sheepishly; by saying it was really no fun for him to fold too often.

Even so, though I felt frustrated at his lack of discipline and the resulting level of his game, I couldn’t resist checking in with him about his poker games. We spoke many times every week – and at least after every poker session he had. Though he regularly professed eagerness to learn the skills that would turn him into a winning player – the conversations usually boiled down to ramblings about the great hands he got and the money he won or lost.

After a while, I realized that what was really important to him and to me wasn’t whether he learned any new poker skills that would help him with his lifetime hourly win rate. It was just that we had an excuse to talk. He knew and I knew that he wasn’t really going to ever get any better. Whether he won or lost $20 a game made no serious impact on his financial wellbeing. And though he didn’t like to lose, and really felt better when he won, what was important was that he played for the fun of it – and that we had a chance to talk about the game, no matter what the outcome.

It all gets me thinking about the long run – the really long run. Unless you’re making your living as a professional poker player, in the really long run, how much does it matter whether you won or lost one or two big bets an hour? You can’t take it with you, after all. But if you had a good time, were pleasant and engaging at the table, made others feel respected and warmed by your presence, that would be something that truly did matter, no?

My dad may have been an awful poker player. But he was a thoughtful, pleasant, and considerate man who liked his regular poker game and had a good time with the people he played with. In my book, no matter how much money he may have ultimately lost at poker, he finished way ahead. That makes him a winner in the long run. 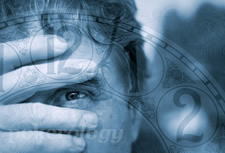 In my book, no matter how much money he may have ultimately lost at poker, he finished way ahead.