This is a real mess that the dealer should have caught, but it’s not uncommon for players and even dealers to not notice that the blinds have increased. There is a rule in Robert’s Rules of poker section 3.5 that reads:

“All wagers and calls of an improperly low amount must be brought up to proper size if the error is discovered before the betting round has been completed.”

Since the betting round is not complete, Players A & B should have to put in the proper call of $2,000, Player C must make the raise $4,000, Player D call the $4,000 and then Players A & B can either call or fold to the additional raise amount when it comes to them.

Now, with that said, there is an argument to the fact that when 3 or more players act, there is what’s considered “substantial action,” that would cause some tournament directors to allow the wagers to stand. In addition, when that many players are wrong about the blind amounts, it is likely that a proper announcement was not made. But, if you want to “go by the book,” and don’t mind the anger of several players, adhere to the method above.

Kelli is the author of the 'Game Day Poker Almanac - Official Rules of Poker'. She lives in Carrollton, Georgia, where she is the state director for the Poker Players Alliance. 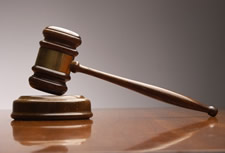 It’s not uncommon for players and even dealers to not notice that the blinds have increased.