As poker players we should all be familiar with probability. After all it is the underpinning of the game and permits us to know what is a good bet. The most often used reason for utilizing probability in poker is to answer the question… do the pot odds being offered warrant pursuing our draw? Many poker players are math fanatics while others have a general feel for the game and know approximately what their correct drawing odds should total.

While probability may well be the underpinning of successful poker, do you use or think of probability in every day life? Probability is more than knowing what the odds are to make your flush. Probability is the numerical assessment of the likelihood of an event occurring. If you absolutely know an event will not occur, it has a zero probability of happening. Conversely, if you absolutely know that an event will occur, it has a probability of one hundred percent. Everything else is somewhere between those two parameters but can be quantified numerically. This assessment is our way to attempt to define the indefinable.

Many times people are in awe of unusual coincidences but aren’t they mathematically measurable? Yes they are and in this article we’ll examine a few coincidences and put them into probability perspective. One fairly well known coincidence revolves around people in a group having a common birthday. If you get a group of twenty three people together more than half the time you will find two people with the same exact birthday. Does this surprise you? Many people find this astounding because they reason that there are 365 days in a year and once you know the first person’s birthday, then the second person still has 364 days that won’t match and the third person has 363 non matching days. So how can this proposition occur more than fifty percent of the time with a group of twenty three or more participants?

The mathematics involve aggregation which, in the case of the birthday problem, becomes aggregated coincidence. I will not spend three paragraphs walking you through the math which has been recorded many times (if you’re interested in the math then read Wolfram Mathworld) but I will let you in on the secret of why this problem is not nearly as astonishing as it first may seem. Aggregation can take place in many ways. In the birthday riddle, the question is not … will someone else within the group of twenty three people match your birthday but rather will any two people within the group have matching birthdays? This distinction makes a huge difference.

Similar to the way the birthday problem is viewed is how some poker players view drawing to an inside straight in hold’em. While it is true that once you flop an inside straight the odds against making it are about 5-to-1. However, those are the odds if you see (and pay) for both the turn card and the river card. Some players use the 5-to-1 odds to convince themselves to call the turn and when they don’t hit, and the odds for making the straight with only one card to come jumps to 11-to-1, they fold. Just as matching a specific birthday versus having any two match… our poker hero should be using the one card to go odds instead of an aggregation which only fools him into believing his bet on the turn was a good one.

Another interesting element of probability theory revolves around what is called the Inspection Paradox. Let’s imagine that you live in New York City near a subway station that you use to commute to work each day. The Transit Authority states that a train stops at your station every fifteen minutes. You make the assumption that you arrive, on average, in the middle of the interval between trains, so that although you will have to wait shorter or longer, over the long haul you should only, on average, have to wait seven and a half minutes.

While your assumption seems logical, in reality you almost always wait longer. How can that be if the average is seven and a half minutes? Let’s inspect the paradox to understand it. The reality of the train schedule is that sometimes a train may arrive in only five minutes and in other situations it may take twenty minutes or more. The paradox is that the probability of you arriving in the middle of a long interval is greater than you arriving in the middle of a short interval. This means that when you leave your house the average time you will have to wait is seven and a half minutes but the reality, once you get there, is your wait will be longer. This may be similar to knowing that a wired pair will flop a set nearly twelve percent of the time… unless you are the one holding the pair. At least it seems that way!

There are another group of coincidences that occur and prompt the saying of “Wow, it’s a small world.” Have you ever been to a business conference, traveling on a plane or even sitting at a poker table full of strangers? I know that reading this article on Pokerology.com that the last part of the question would elicit a positive response. While participating in one of these endeavors, you begin to chat with a total stranger and learn that his father went to school with your father or his sister knows your cousin or some other link to the two of you which you find to be amazing.

Actually, it turns out that these type of coincidences are similar to the birthday problem. The difference is there is only one person instead of a group of twenty three to which the coincidence needs to occur. So now we have one person but the elements of coincidence are almost infinite. The element that helps promote these coincidences and make them less spectacular than they first appear is that you are interacting with a stranger with built in connections. If you’re at a business conference you share some similarities in background just as you would as a plane traveler or a poker player. Of course, the more gregarious you are the higher the percentage becomes that you will discover a coincidence. If you are shy and reserved and tend not to interact with strangers, then it becomes more difficult to be amazed by how small a world it really is.

Man has always been fascinated by probability and chance. Events that appear to be paradoxes are sometimes amazing, always entertaining and make great fodder for the raconteur. Who doesn’t enjoy a tale of a coincidence that makes you shake your head in awe? However, once you put probability theory to work and analyze these coincidences, they begin to lose their awe inspiring essence. 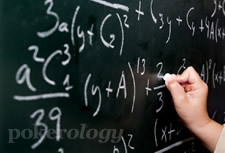 Events that appear to be paradoxes are sometimes amazing, always entertaining and make great fodder for the raconteur.