In the history of all popular sports and games that are played worldwide, it’s not very often that a single person comes along and changes the way the sport or game is played. Mike Caro’s contributions to the game of poker have put him among that very elite group. It’s true that before Caro came along poker players were able to get reads or tells on their opponents, but they most likely were not sure of the psychology behind what they were looking at, or if what they were looking at were indeed “true.” However, his book, “Caro’s Book of Tells,” is just the tip of the iceberg of what Caro has contributed to the game of poker.

Caro was born in Joplin, MO in 1944, and almost from the cradle took an interest in all types of games. In 1978 Caro was asked to contribute to Doyle Brunson’s smash hit “Super System” – and contribute he did. Caro was first asked to write the section on draw poker, as Brunson believed him to be the best draw poker player in the world, a sentiment that many still feel is true about Caro today. But, what really stood out about his contributions to the book were the 50 statistical charts and graphs he contributed. Up until that point nobody had seen, or possibly even imagined, the percentages and odds that go into every poker hand. Because of that, and his “mad scientist” look, poker pros started calling him “The Mad Genius of Poker” – a name that has stuck.

In 1984 Caro introduced a computer program that was one of the first to truly play like a professional. The computers name was Orac, which is simply Caro, spelled backwards. By all historical accounts the Orac machine was the first serious attempt at producing an Artificial Intelligence poker player. Orac was introduced at that year’s World Series of Poker, as it was met with by surprise by the professionals, commenting on how hard it was to defeat, if they could defeat it at all.

From here Caro would go on to contribute more software to poker, the likes nobody had ever created before. In 1987 he introduced “Mike Caro’s Poker Engine.” In short, it could analyze every single hand of poker, and give you the odds on each of them winning against all other hands. He presented this software to the University of Nevada the same year, and they were so impressed that they felt all poker related casino games could make good use of this data. Since around 1984, Caro has held a number of jobs at brick and mortar casino rooms, including the Bicycle Club in Los Angeles, California, and has helped organize a ton of poker tournaments, including his first attempt at it, the “World Poker Finals” at Foxwoods Resort and Casino. He also created and marketed what is widely regarded as the first readily available poker software for players anywhere, The Poker Probe. The first Poker Probe was released in 1990, and has been updated periodically in the years since. It is still believed to be a must have poker tool for anyone really looking to take their game to the next level.

Despite all his scientific contributions to the game, it is his psychological contribution that is probably the most well known among poker players. Caro believes that most poker players can break even, and that it will be psychology that will take you to that next level. In his book “Caro’s Book of Tells,” he tells readers (and later, watchers of the DVD by the same title) what to look for in their opponents to see if they are bluffing or indeed telling the truth. He also added a section on how to tell if people are on to you, and gives you even more poker tells to look for. The book changed live poker forever, and has been called numerous times one of the top ten poker books of all time. By seeing how influential it was, it is easy to see why.

Despite these great things, there are even more ways Caro has contributed to making poker better. He holds numerous seminars a year, where he teaches players the things he has written about in his poker books (11 books, so far.) So with Mike Caro’s contributions to the poker world in two of the most sought after books in its field, it is easy to see why Caro is a unanimous choice to be inducted to the Pokerology.com Hall of Fame. 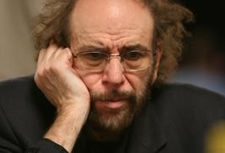 Despite all his scientific contributions to the game, it is his psychological contribution that is probably the most well known among poker players.