Can hypnosis and other techniques affect your poker game?

Picture the scene; you’re sat at the same poker table as Paul McKenna (the stage hypnotist) playing no limit hold’em. After a few hands you hit a royal flush and make a small bet, hoping to induce a re-raise from one of your opponents. McKenna then re-raises, but he also looks you straight in the eye. You feel slightly weird and the next thing you know, you muck your cards and pass your chips to the smiling hypnotist. “Good fold” he remarks.

You then move table and are now sat opposite Derren Brown (the psychic entertainer). This time you get down to the river and you have absolutely nothing, but after a few words of wisdom from Mr Mind Control, you feel the urge to call his massive bet for all your chips. You lose and are out of the tournament! So what happened? Were you hypnotised, brainwashed, subjected to subliminal messages? Or did you just play like a fool who doesn’t know any better?

Hypnosis is a subject that is full of misconceptions and misinformation. Put simply, hypnosis is the art of communication and the avoidance of conflict. For rapid hypnotic inductions, such as those used by stage hypnotists (hypnotherapy is very different), only certain types of people can be influenced and manipulated. For many reasons, conventional hypnosis techniques would not work at the poker table. If it did then you’d expect to see a few more hypnotists playing at the WSOP – and winning. The notion of controlling people using ‘Jedi Mind Tricks’ is the act of fiction. Don’t get me wrong, I’m not saying stage hypnotists cannot get people to do strange things, such as believing that they’re Elvis or running around the stage like a headless chicken, but these occur in a controlled environment on the stage. The ‘subjects’ are willing participants who have ultimately given their permission to play along.

Although one should not dismiss hypnosis completely, because I believe that hypnosis can be very applicable to poker when used for self improvement. There’s absolutely no reason why self hypnosis or hypnotherapy couldn’t help you become a better poker player. It could be used in many ways, such as helping you stay relaxed, increasing your attention and focus, improving your unconscious memory, controlling your emotions, and much more. There is a self hypnosis CD / MP3 download from hypnoshop.com called “Perfect Poker“, which I would recommend. Of course hypnosis can also be used for many other areas of self improvement – and it can be highly effective.

If hypnosis won’t help you develop any ‘Jedi Mind Tricks’ for your poker game, then what other options remain? Well, there are other ‘mind control’ techniques aside from hypnosis such as NLP, which stands for Neuro-Linguistic-Programming. It’s a popular self help communication tool, which in layman’s terms could be described as “sort of like hypnosis but with the eyes open”. There are many different aspects that fall under the umbrella term “NLP”, and it has many devoted followers. In my opinion it’s mostly over-hyped nonsense and full of rhetoric. However it might be worth looking in a little more details how some of the better aspects of NLP ‘might’ help at the poker table.

Gaining rapport is a major aspect of NLP. Once you have rapport with someone, you can take the pace and start to lead them in the direction you want. If you’ve ever bought something you didn’t want then the sales person did their job properly and used such techniques on you. Whether they referred to their efforts as NLP or just good sales technique is irrelevant. In poker terms, you could start pacing someone into doubting their hand. Suppose you were to use the following language pattern:

“I’m not too sure about my hand. I think it’s good and it feels like a winner, but there are doubts in my mind, major doubts . You know when you look at your hand and think about it. You know those hands that you were positive would win and then you lose a lot of money!”

Of course you’d have to be a good talker to try and use such techniques, and it would require some skill to pull it off without looking like an idiot. What if you don’t talk much at the table? Well this brings me onto the subject of anchoring. This is an NLP technique which ‘anchors’ a feeling or emotion to anything from a movement, word, or touch, etc. This is the same process as when we hear a certain song and the memories and emotions associated to that song come flooding back. How about ‘anchoring’ a poker player into doubting their hand?

The first step is to gain rapport, and once the player is in the peak state of realizing how rubbish their hand is, you anchor this state with a touch or gesture, such as tapping the table in a particular manner. This is repeated a few times to enhance the association. This would then be used later for the desired response i.e. getting them to doubt there hand and fold it. Anchoring could also be used on yourself. How about anchoring the feeling of having the best hand, and firing this anchor when you want to bluff. You’d have the perfect poker face!

There are many other NLP techniques such as eye accessing cues, but these are too unreliable and deserve no explanation here. As I said earlier, much of NLP is over-hyped and many of the techniques are rather hit and miss, and not at all reliable. However I hope I might have opened your eyes to what could be possible. Of course the most reliable way of winning at poker is to play the good hands and fold the bad ones.

* This article was originally written and published on this site on the 3rd March 2005. 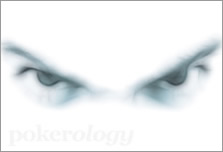 Once the player is in the peak state of realizing just how rubbish their hand is, you can anchor this state with a touch or gesture.