How Poker Has Changed

Poker has changed more rapidly over the past few years than it has in the entirety of the game’s history. Seven years ago, just before the beginnings of a poker boom that was triggered by Chris Moneymaker’s improbable World Series of Poker win, when he overcame a then record field of 839 players to take home $2,500,000 and become a household name in the process, poker was a different beast altogether.

In the US, at least, prior to Moneymaker, poker was mainly a cash game, played at fixed-limits. No-limit poker was mainly confined to tournament offerings, seldom played in cash games in the United States, and the internet boom was just beginning. To say Chris Moneymaker’s victory – a parlay of astronomical proportions that began when he won a $55 online satellite and ran it into a multi-million dollar payoff – had an impact on the growth of both online poker and the number of entrants in the game’s biggest event, the World Series of Poker, is an understatement of massive proportions. From 2003’s then-record number of 839 entrants to 2006, when 8,773 entered, the WSOP grew to more than ten times the number of players in the main event.

But size isn’t everything, at least not in poker. The nature of the game changed too, and giant leaps forward in poker strategy and tactics have been made, as new players, younger players, and older players too, continued to raise their games, which in turn forced others to upgrade their skill sets in order to compete, or else risk dropping by the wayside as their bankrolls vanished into the hands of more skillfed, sophisticated poker players.

Some of these changes were subtle, almost imperceptible, while others represented big concepts that were either new to the game, or concepts that had been used in the past, but never to the degree that’s seen now, or used by so many sophisticated poker players.

One big poker concept was that took hold in recent years is the massive popularity of the continuation bet. It’s nothing new; poker players have used this tactic for years. You raise before the flop and regardless of whether the flop hits you or not, you’re going to bet if you’re first to act or if the action is checked around to you.

The thinking behind this play is that unless the flop also helped your opponent, he will have a hard time calling if you raised both before and on the flop. But its popularity led to many players adopting a counter strategy of raising those who almost always make a continuation bet if they raised before the flop. Their reasoning is simple. A raiser is statistically more likely to raise with big cards than a big pair, and if he does, there is only one chance in three that the flop will help him. Since the flop is more likely to miss a player than to help him, then by raising his continuation bet, it will be the original raiser who has a tough time calling with nothing more than two big cards.

That’s where we are right now. The fact that players who raise are more likely to have nothing after the flop than a big hand, led to the prevalence of raising on air, with nothing at all other than audacity and the idea of taking the play – and the pot – away from an opponent who more often than not, isn’t likely to have much of a hand.

Five years ago poker players were trying to put their opponents on hands, and many still do just that. Haven’t you heard opponents say, “I knew you had AK,” or something equally specific. Well, there’s little chance that your opponent can figure out your hand well enough to be specific about it, especially in early betting rounds. Poker players who think they can do this with regularity are just dreaming.

What good poker players do is assign a range of hands to you based on the hands they’ve seen you play. For example, if you raise from early position, I might assign a range to you of any pair of tens or higher, along with AK, AQ, AJs, and KQs. That’s a total of five pairs, and since there are six ways to combine cards of the same rank into pairs, it’s a total of 30 hands – six pairs of aces, six pairs of kings, etc. To that I can add 64 big-card combinations, since there are 16 ways to combine and ace and a king into Big Slick, and you’re likely to play any of these four, 16-way combos, that’s a total of 64. Added to the possibility of your pairs, that’s 90 possible hands you could raise with, assuming my assessment of your likely raising hands from early position is accurate.

While I was not able to assign a specific hand to you, I don’t really have to. After all, I’m not playing a specific hand against you. Regardless of the cards I happen to be holding, I’m playing the range of hands I need to have to warrant a call – and to do that I’d need to hold a hand that’s bigger than half of your raising range in order to make a solid call with some expectation of winning. So if I can beat the bottom half of your range – basically, all of your big-card combos with the exception of AK, I have a hand I can call with. Since 30 of your raising hands will be pairs and there are 16 ways to combine big cards, the top half of your range are pairs of tens or higher and AK, for a total of 46 out of the 90 hands you’d raise with. If I’m not somewhere north of there, I’m better off folding.

That, in a nutshell, is the basic thinking behind range versus range. If you had a much narrower raising range, the hands I’d have to have to call you would be much smaller. If you were prone to raising with lesser poker hands, such as pairs of sevens, eights, and nines, as well as with AJ, KQ, KJ, and QJ suited or not, I could call with weaker hands and still figure to be north of your median raising hand. Not only that, I could also reraise with lesser hands too.

It usually doesn’t pay to put a player on a specific poker hand. Put him on a range of hands instead, and based on how he bets and raises in conjunction with the community cards on the board, you can often narrow down your assessment of his holdings. But even if you can’t, if you are accurate about your opponent’s playing proclivities, you can put the odds in your favor by playing hands that figure to be better than his the majority of the time. There’s no mystery to this. The mystery lies in how accurate you are in determining the range of hands your opponent will play, and how he will play them most of the time. That’s where the art of poker comes into play, and while it’s something you can improve with experience, it doesn’t lend itself to a formulaic approach.

While they’re only useful in online games, there are a raft of online support tools that render decision making easier when playing online poker and provide the ability to perform post-mortem analyses of poker hands you’ve played and possibly mangled. But by reviewing them, you’ll learn and probably won’t make those same mistakes the next time – which is what growth and development as a poker player is all about.

These online support tools are changing all the time, and newer models, and new tools altogether come on the market all the time, so there’s no point in reviewing a spate of them here – the review will be dated by the time you read this – but that’s not the point. The point is to make you aware that many online poker players use decision support tools to take some of the guesswork out of online poker decisions, and help them play better poker as a result.

These tools have changed poker dramatically, and the ability to revisit decisions and learn from errors and good choices too is one reason why online players are so skillful, and probably why they are able to make a quick and easy transition to brick-and-mortar games too. Even without their electronic decision support gadgetry, the know-how gained by employing decision support tools leads to learning things that make for better decisions even when weaned from their use and playing in a traditional casino.

Back in the day, and we’re only talking about a few years ago – callers were the wimps of poker. “Pump it or dump it” was a popular saying, and players who preferred to call were considered weak, or weak-tight, or just plain fish who didn’t get full value out of their hands like those who played aggressive, raise-oriented poker.

It’s all changed… somewhat. Raising and aggressive poker still gives the proponent two ways to win – the raiser might have the best hand or his opponent might fold – but calling has found a newer place in the hierarchy of poker tactics.

Suppose you’re playing no-limit hold’em and you come out betting. If your opponent folds, that’s great news; you just won the pot. If you bet and he raises, he might have a better hand or he might be bluffing and you’ll have to figure that out. But if he just calls, you have no idea what he has in his hand. He could have anything form an uncertain holding to a hand he simply wants to defer taking action on. When the next betting round comes around, what do you do?

It’s tough to put a caller on a hand because his action did not portend anything special. You might bet and he might fold. Or he might call again. He might even raise, particularly if you figured he might have a drawing hand and made a much bigger bet in order to drive him off of his draw. Now you can no longer interpret his call on the previous round as a sign of weakness. You can only see it for what it was, a successful attempt to lure you onward and induce you to do the betting for your opponent. You were trapped by that seemingly weak play.

Like so much in poker, there’s nothing new about calling. It’s been around since the first bet was made. But now it’s been twisted around a bit with a new strategic wrinkle. Now calling is no longer a universal sign of weakness; it can be a sign of a tactically astute player simply deferring his decision to show you the true or purported strength of his hand until a subsequent betting round.

And if you’re easily led into wagering traps by this kind of tactic, you’re not alone. It’s part and parcel of the “new poker,” but now that you’re aware of it, you can always check behind tricky opponents when you’re not sure what they have and you don’t have much of a hand yourself. Who knows, you might even get lucky and complete your hand with the next card that’s exposed and along with it, turn the tables on your slick adversary.

All these examples are elements of the new poker that’s come into being in the past few years. How will poker strategy evolve in the coming years? Nobody knows, but it’ll be interested to find out.

One Response to “How Poker Has Changed” 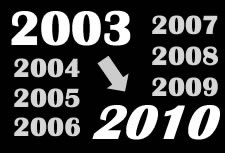 One big poker concept was that took hold in recent years is the massive popularity of the continuation bet.