Fear and Goading at the Poker Table

What drives you to play poker? When you sit down to play, what are you goals – what is it exactly that you want to accomplish? To pass the time and socialize with your poker buddies? Perhaps you play to challenge yourself mentally, to enjoy the thrill of competition. Or maybe your primary goal is as simple as wanting to rake in some cold hard cash.

Whatever your reasons for playing poker, fear and desire are two of the most powerful  motivational forces affecting how you play. For all but the most casual of social players, these emotions can have a profound effect on our actions. Almost every decision we make at the poker table is influenced, even dictated, by one emotion or the other. These two feelings are opposite yet inseparable, an emotional yin and yang. The very basis of fear is the loss of that which is desired. And the desire for something will always go hand-in-hand with the fear of losing it. The moment you start wanting something – whether it’s to prove that you’re a great poker player, to beat the other guy, or to win a pile of chips – you dread the potential loss.

Let’s say you’re playing in a major poker tournament. The prize pool is massive and the final table will be televised. You paid the entry fee, a hefty sum of money, out of your own pocket. Now you’re just coming up on the bubble, sitting with a decent-sized stack. Your “M” is 18. One of the other players at your table has been shoving all in practically every other hand. At first he did it out of desperation as the short stack, but after a bunch of lucky double-ups he’s the table chip leader and now he’s doing it out of pure aggression. The few times he’s been called he has always showed down mediocre cards – but he always got lucky and sucked out.  To complete the picture, you find him personally obnoxious. He grates on you. So now he’s at it again, opening the pot from middle position by pushing all in. It’s folded around to you in the big blind and you look down to see AJ offsuit. What do you do?

Before you can answer that you must consider all the emotional forces, the fears and desires, that will be tugging at your brain in this moment. How afraid are you of losing the money you paid for the entry fee? How much does that money mean to you? If it really means a lot, if you fear busting out before the bubble and not making back the cost of the tournament, then you’ll probably fold. But if you desire to make it deep in this tournament, or even win the whole thing, more than you fear getting felted and going home with nothing, you will probably call.

But poker fears and desires are never just money-related because money is not the only thing at stake. In the above scenario, you believe there’s a good chance your AJ is in the lead. You feel in your gut that this opponent is probably trying to bluff you out of the pot with an inferior hand. Are you afraid of letting him get away with it? Are you afraid that if you let him steamroll over you like this, that somehow it will make you feel worse as a poker player or even as a person? Or perhaps calling and busting out, going home empty-handed, will put a similar dent in your ego. Maybe your spouse doesn’t believe you’re a good poker player and was upset with you for spending all that money on a poker tournament. The fear of hearing “I told you so” can be just as bad as the fear of losing money.

There are numerous forces at work in this seemingly simple decision.  Aside from the purely strategic considerations, you also must contend with all that interference created by your fears and desires.  If we take that same scenario and change one condition – let’s say that instead of footing the bill yourself, you won your entry fee in a cheap satellite tourney – that alters things considerably. You don’t have to worry about the monetary loss of your entry fee, or feel the desire to earn it back. Now it’s just a question of whether your poker ego is secure enough, and you can put aside your personal animus toward this opponent long enough, to make a purely strategic decision.

Let’s take that scenario and tweak it again. You’re facing the same all-in bet from the same obnoxious, hyper-aggressive, larger-stacked opponent, except that instead of being on the tournament bubble, you are on the final-table bubble. By making it this far, you’ve already ensured yourself a lucrative profit. But how badly do you want the monster prize money that awaits the final-tablists? How is that desire, that greed if you will, going to influence your decision now? And there’s yet another factor. Knowing that this final table will be filmed, do you care about being on television? While you’re pondering this all-in decision, is any part of your mind thinking about how impressed your family and friends will be if you make this final table and get on TV? If so, that’s another form of desire clouding your judgment.

Now let’s change it up one last time: you’re at the final table. You’re on television. The audience has the benefit of the hole-card cam, so if this guy bluffs you out of the pot with a mediocre hand, millions of people all over the poker world will see it. This creates a new and powerful fear – the fear of being made to look foolish in front of others. Millions of others. That could be enough to prod you into making a call you would never have made otherwise. Add in the fact that you dislike this opponent, that you consider him to be an inferior player who’s just been lucky, and it makes the fear/desire problem even worse.

The point of all this isn’t to say whether or not you should be calling in this fictitious scenario. The point is to illustrate that what should be a totally strategic decision will often get clouded and corrupted by these emotions. Arguably, fear and desire are the two most powerful motivational forces in all of human history. In virtually everything we do, we are either running toward something we want, or away from something we fear. That’s life. But in poker, where success or failure ultimately depends on your ability to think clearly and make the right strategic decision, fear and desire can be deadly distractions. 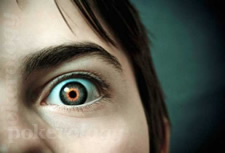 Poker fears and desires are never just money-related because money is not the only thing at stake.