Why Do We Play Poker?

Why do we put up with the long hours and the losing streaks, the bad beats, the software dropping its internet connection or the live dealers dropping their cards? Are our lives truly so empty that our sole outlet for entertainment involves sitting at a table with eight or nine other masochists or staring at a computer screen and screaming at the brightly-colored phosphors when they don’t turn our way? Are poker players really that sick? In a word, yes. In more words, yes, but not for the reasons many people may think.

One of the main reasons that occur to most people is, of course, money. Almost all amateur players have that dream of winning the big TV tournament and raking in that million-dollar prize. However, the legendary Doyle Brunson, the man touted as “The Babe Ruth of poker”, has been quoted as saying, “to be a successful (player) you have to have a complete disregard for money”. In the mind of the everyday Joe or Jane, money represents a measure of the exchange of value for goods and services – if you have enough money, you can buy a Big Mac, a winter coat, a car or a house. To the poker player, money is simply a way of tallying the score – am I up or down for this session or month or year? Any money a poker player wins can be used as a measure of success, but it is neither the only one nor even the most important one.

If you have watched any so-called “reality TV” shows, you’ll know that some people will do anything to see their faces on television. For those not willing to spend weeks at a time on a deserted island or eat live cockroaches, TV poker tournaments offer an alternative that is equally as exciting and much more comfortable. A win at a major TV poker event now brings not only a large cash prize and a beautiful trophy; it can also earn that lucky player an endorsement contract with an online poker site, magazine interviews, book contracts and other TV appearances. Some players also receive invitations to celebrity poker events, giving them a chance to meet, hang out with and play against their favorite movie star, ballplayer or musician!

Certainly, one factor that attracts so many intelligent and accomplished people to the game is the mental challenge involved in every hand, every session and every tournament. Many of the current stars of the game, including Brunson, Chris Ferguson and Andy Bloch, all hold advanced degrees. Players who have earned accolades in other games, including Howard Lederer (chess), Gus Hansen (backgammon) and David Williams (Magic: The Gathering) have switched to poker for the additional mental stimulation it brings (see my poker nerds article). Actors, athletes and rock stars have flocked to tournaments to find that poker truly is a game that takes “a minute to learn, but a lifetime to master”.

A challenge that may be even more difficult to overcome than the mental aspect of the game is the emotional roller coaster that occurs when tournament stacks and bankroll levels swing from one extreme to another. Even many of the great players (Ulliott, Matusow, Hellmuth) have issues with handling their emotions at the table. The result these ups and downs can be the emotional state known as “tilt”, where anger and frustration can cause players either to move too aggressively or to retreat into a shell. According to Dr. Alan Schoonmaker’s book, Your Worst Poker Enemy, some of the causes for allowing emotions to gain control of a game include unrealistic expectations, underestimating an opponent’s skill level and old-fashioned machismo. Any player that can eliminate (or at least lessen) the emotional swings will also lessen their financial ones as well.

For the same reason that amusement parks, skydiving teachers and bungee jump rides stay in business, some players enjoy the thrill that comes from the unpredictability of poker. Where a more conservative poker player would want to keep their bankroll fluctuations to a minimum, some daredevils enjoy throwing chips in a pot without regard for their hand, their opponent’s hand or their odds of winning. A player with these tendencies enjoys the test of nerves that comes from a heads-up confrontation. Such a player also thrives on staring down an opponent, reading his expressions and “looking into his soul”. This type of thrill-seeker loves to bet big, win bigger, talk loud and laugh even louder.

Many of the strongest players in the game also have experience in competitive sports. T.J. Cloutier played tight end in the Canadian Football League. Doyle Brunson was headed for pro basketball before he suffered a severely broken leg. World Poker Tour final table player Greg “FBT” Mueller played professional ice hockey in Germany. Lee Watkinson, Card Player Magazine’s Player of the Year for 2004, was a collegiate wrestler. All of these players, as well as many others, have learned to channel their competitive drive through poker. Many current and former athletes from all levels of competition enjoy participating in the big buy-in tournaments and sharpening their skills against the best poker players in the world.

Whether it’s a home game in a co-worker’s kitchen, a stop on the tournament circuit or an online ring game with players from all over the globe, poker is, by its nature, a social game. Regardless of the level of competition, most poker games contain some level of interaction between players, whether it involves discussing the shortcomings of your favorite sports team, complaining about elected officials or sharing the latest off-color jokes. Players who don’t engage in such chatter and prefer to “focus” on the game may lose the chance to gain additional precious data on their opponents. They also tend to miss the point of the entire game: to have a good time.

To paraphrase the old saying, there are as many reasons to play poker as there are poker players themselves. The list above is far from comprehensive and the analysis required to delve into all of these motivations would fill several volumes. Even at the risk of losing money, sleep and the occasional “significant other”, poker players know that they stand to gain so much from playing this wonderfully horrible, amusingly terrifying game.

Why do we do it? We may know. We may not know. All we really do know is that we’ll get dealt another hand in a minute. After that, watch out! 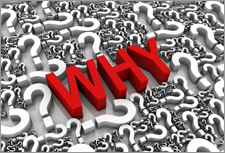 There are as many reasons to play poker as there are poker players themselves.