The Poker Canary – A Lesson in Set Mining

Tweet, tweet… what does a canary have to do with poker? I’m certain you are all familiar with the use of pigeons, donkeys and fish as poker terms but canaries might be something new. Back in the day canaries were used in mining to determine how safe the air was down in deep shafts. In today’s world of no-limit poker, set mining is a popular strategy due to the strong implied odds the game and the strategy offer. In mining, if the air isn’t good the canary will die and if you don’t hit your set in poker, your chips can disappear.

Set mining to the uninitiated is a strategy of playing small pairs in the hope of spiking a third card of that rank and making a set on the flop. Many times other players will not see this monster coming. With the implied odds inherent in no-limit, if one does hit his set he can win a large pot. This same strategy in limit hold’em is quite flawed as one normally does not get the correct odds of 7.5-to-1 in order to attempt to hit a set with small pairs and the implied odds in limit do not normally make up for the difference as they do in no-limit. When set mining, one must have the discipline to release his small pair hand when he does not connect on the flop and there is betting action with a board of overcards to his small pair. Let’s examine some of the criteria to consider when deciding whether set mining with a small pair in early to mid position will yield a positive expectation.

The ideal setting in which to set mine is a fairly passive game with multiple limpers. This type of opponent behavior allows you to “mine” for your hopeful set cheaply while even giving you decent pot odds. This is one of the reasons many more experienced poker players live by the credo of raise or fold and rarely limp in themselves. They do not like to encourage mediocre hands to be able to see cheap flops which could result in winning poker hands. Set mining in fast, aggressive games can be a very expensive strategy. Save this tactic for the limp fests where you can obtain real value.

Both your stack size as well as your intended targets are important. Since set mining is a high risk/high reward tactic you shouldn’t be employing it with a short stack. Your intent when set mining is to at least double through which means you will need to target opponents who have you covered. One of the difficulties in attempting this tactic is that the large stacks are rarely the limpers so you may have to pay more dearly for the privilege of attempting to hit your set. Knowing your opponents, as in all aspects of poker, is vital. You do not want to be limping early with your small pair only to have an aggressive player raising four to six times the big blind. You want to get in cheap which will mean there may be certain games that set mining is not a positive expectation play. Pay attention and pick your spots.

As mentioned in the last element, opponent knowledge is paramount to all aspects of winning poker play but it does take on a different dynamic when set mining. Experienced and, therefore, observant foes are well aware of this tactic and will realize that you did not raise pre-flop so if you get too frisky after the flop they are able to get away from many hands. There is nothing more frustrating than hitting a set on the flop, betting too big and having all opponents muck their hands. If you hit the “Mother Lode” then come out of the mine with some gold! On the flip side of losing your customers is to know, or at least feel fairly certain, that you have an opponent or two that simply cannot lay a decent hand down regardless of the action. Weak, calling stations are a set miner’s delight. They are passive pre-flop (good, you can get in cheap) and when they hit a little piece of the flop, such as making middle pair, will not release that hand if you make the bets reasonable.

Set mining can be fun and rewarding if approached with caution and discipline. You must possess the discipline to release your unimproved small pairs when it appears that you are running uphill. When faced with this dilemma simply ask yourself why you played them to begin with … the answer should be in order to hit a set not to check, call all the way to the river against a superior hand. That is the exact behavior you want in your foes. Do not allow yourself to become one of them!!!

Knowing that statistically you will only be successful in making your set once out of every eight attempts tells you that it should only be attempted when the situation is right, not as your “every time you hold a small pair” default play.

Remember, if it becomes your default play then you just might become the canary in the mine. You certainly do not want to utilize a poker strategy which, if abused, could have a negative impact on your ability to chirp or hold onto your chips!

2 Responses to “The Poker Canary – A Lesson in Set Mining” 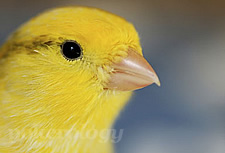 The ideal setting in which to set mine is a fairly passive game with multiple limpers.