We have met the enemy and he is us – Walt Kelly

Most of us have fallen prey to this phenomenon at one time or another. Have you ever found yourself making a call that you knew was too loose, a call that you knew would end up costing you money, and yet you went ahead and made it anyway? It’s almost like an unconscious reflex, a tic or spasm that works independently of our brains. Your mind is saying, No! But there goes your hand, tossing chips into the middle of the table. Or perhaps your particular weakness is playing too aggressively when you know perfectly well that the situation doesn’t warrant it. Or maybe the problem is that you keep passively flat-calling when you know that you should be raising it up.

Make a mistake like this once in awhile, and it shouldn’t be a big deal. But as we know there are some poker players, reasonably intelligent players who have studied the game, making these types of mistakes again and again. Either we’ve seen this player or we’ve been this player, or both. The one who knowingly makes a bad choice, a choice that he knows will probably end up biting him in the ass, then when it does bite him in the ass he acts surprised, and then worst of all, he makes the same bad choice again later. It’s a very effective form of self-sabotage, a kind of poker masochism.

And for what? Why do otherwise astute poker players behave in ways that are so obviously contrary to the goal of winning? It’s a complex question but the answer is fairly simple: because on some level, those bad choices are actually working for them. Nobody repeats a behavior over and over again unless he is getting something out of it; something positive – a payoff. Some hidden benefit that is ultimately more important to him than being a winning poker player.

For example, let’s take one of the most common poker mistakes: loose calls. Whether it’s playing too many starting hands, refusing to let go of a second-best hand, or chasing too many long shot draws — as long as the size of the pot doesn’t warrant the loose call, it’s a dreadful and potentially very expensive mistake. But it’s amazing how many good players, even top-notch players, can fall prey to this problem. In a pot-limit or no-limit game, just one loose call can wipe out your entire stack. But even in a limit game, the constant drip-drip-drip of one loose call after another can be disastrous to your bankroll.

So what alternate payoff could possibly be worth losing all that money? In a word… action. It’s not very exciting to sit on the sidelines and fold hand after hand. The immediate “buzz” that the player gets from being involved in the hand is actually more important to him than the more remote payoff of being a long-term winner. In a real sense, he comes to the game hoping for two different payoffs: to win money and to have fun. But unless he is blessed with an unusually good run of cards that day, those two goals will often be in conflict. With a typical run of cards, he must either sacrifice the fun and fold a lot, or play a lot and sacrifice the profit. When faced with choosing between two different and conflicting payoffs, most people will go for the one that is quicker and easier to get. It’s a sure thing now – the instant gratification of being involved in a hand – versus the more elusive and distant payoff (which is still by no means a guarantee) of walking away from the table a winner.

While aggressive play certainly is critical to poker success, for even the smartest player there can be times when aggression goes overboard. Timing is everything, and the supposedly-smart player who can’t stop himself from overplaying hands is burning through his money just as surely as the one who calls too much. Maniacs have a good excuse for playing this way: they don’t know any better. But again, why would a thinking player regularly commit this kind of error? What is the payoff that makes this kind of play worthwhile? Every poker player is different, but revenge against an opponent is one possible payoff. However the most likely explanation is the simplest. For many players, it feels more glamorous – and for the guys out there, more “macho” – to be a hyper-aggressive player who can steamroll over any opponent. Even if that opponent is a non-steamrollable calling station. It’s a feel good payoff that ends up being just another form of poker sabotage. This player also wants two payoffs at once: to win and to keep up his image as a fearsome aggressive poker player. If he can’t have both, winning gets chucked out the window in favor of image.

For the poker players who can’t seem to stop themselves from playing too passive – the ones who only raise with the nuts even when they know they should be bumping it up with a lot of other hands, who continually check-call instead of betting out for fear of getting raised – the payoffs can be varied but they all boil down to some form of avoiding risk. The risk of losing more money is the most obvious, but there are other, more subtle forms of risk to be averted as well. The risk of confrontation, of being disliked by an opponent, or even the risk of standing out in the crowd is an issue for some people. So the payoff of remaining “safe” and secure becomes more important than making money at the game.

What good is it to study poker, read books, analyze hands, and gain a lot of knowledge about the game, if we don’t actually use that knowledge at the poker table? It’s one thing to go against the “book play” because of a read on an opponent, a gut feeling, or even as a result of tilt. It’s quite another thing to regularly ignore the correct poker strategy and make unprofitable plays when we should know better. If you ever find yourself making a play that you know perfectly well is bad strategy, and then if you keep doing it over and over again – ask yourself, what are you getting out if it? What is the payoff, the thing that is more important to you than long-term profit that impels you to undermine everything you’ve learned about poker strategy and keep committing this mistake? Once you’ve figured that out, then and only then can you break the cycle of poker sabotage. 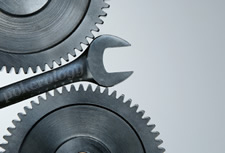 Your mind is saying, No! But there goes your hand, tossing chips into the middle of the table.