I have played the game of poker for a long time, too long to admit without sounding as old as Methuselah. An element of poker that had been central to most of my years of play, that is now missing, is the participation in a regular home game. For many years I was one of the anchors in a weekly home game which all the regulars looked forward to all week with great anticipation. I relocated almost ten years ago and left my weekly home game behind. I received a phone call recently from one of my old poker buddies and we reminisced about all the fun times. We talked about all the hybrid poker games we played and the different personalities that came and went over the years. Right now you may well be thinking, “What does all this nostalgic nonsense have to do with the title of this article”? Well, patience is a virtue so I would ask for your forbearance.

Conjuring up the old memories of our poker group made me recall all the expressions that were used around the table and what they really meant. A newcomer to the group would not be able to immediately recognize the true meaning because he had not become accustomed to the different playing styles of this very diverse group of individuals. It dawned on me that these words, sayings or expressions were, in effect, a form of cryptography. For those of you who have never been spies, cryptography is the art of writing or deciphering messages in code. Many of the sayings around my old home poker table may well be unique to my group of buddies but, then again, I bet you will recognize a few.

One of my favorites would be stated while accompanying a call and went like this – “Just hanging around”. Of course, the translation was very clear to the core group because they knew this loose, calling station player well. The code deciphered would mean – “I’m still playing much too loosely and continue to find it hard to release a hand I know is well behind. After all, I missed last week’s game so after two weeks off, I certainly didn’t come here tonight to fold hand after hand and besides, sometimes I really get lucky, sucking out on the river to win a huge pot and drive all you tight asses crazy”. So, don’t you see how much time and blathering is avoided by simply saying, “Just hanging around”? Everyone knew what he meant.

If every time one of our looser players, who we dubbed River Rats, felt compelled to really explain what he truly meant it would have driven us all nuts. We all knew one another so well that these abbreviated phrases became a more efficient, succinct way of communicating.

Another frequently used expression by one of our hard core players was, “I’ll venture a bet”. Well, when I heard that being articulated by this player it was obvious that, based upon my well honed cryptography skills, what he meant was, “Watch out, I’m loaded for bear and looking to be played back at”. Another table favorite used by several players would be directed at the dealer as he was dealing the river and was, “I’m thinking of a card”. Again, this was pretty easy to figure out – that player was on a draw which he was hoping to fill.

The quirky part concerning the use of these expressions was they were always used sincerely. One might think that with deception being such an integral part of the game that players would be attempting to use false tells, but no – these expressions, as obvious as they seem, were always used truthfully. I guess we just couldn’t help ourselves or at least some couldn’t.

Many poker games, whether public or private, seem to have a table sheriff who has been bitten by the “I guess I have to keep you honest” bug. Everyone loves those players as they epitomize the generous qualities demonstrated by contributing calling stations. In our game, those loose calls were accompanied by a variety of phrases including, “I know you’ve got me beat but I’ll call anyway”, “I’ll see one more card”, “I’m not letting you steal this one” and my all time favorite, “I call, I need change anyway”. All of these losing calls and ridiculous expressions are normally rewarded with a congratulatory “Nice hand” at the showdown. More encouragement for them to keep throwing their money away.

Home games – damn, I do miss them. Easy money coupled with good camaraderie is a hard combination to beat. I also miss some of the crazy games we used to play, many of which are outlined under “Other Poker Variations” in the poker school section of this site. While the hybrid games are covered, the vapid sayings to which you now posses the cryptography codes were not. As has been said, “Armed is dangerous” and since you are now armed, you may go rip up my old home game. Its location, along with contact names and numbers, is for sale at a reasonable price. Contact me for a quote. 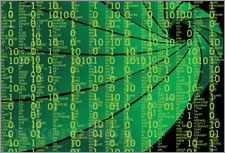 For those of you who have never been spies, cryptography is the art of writing or deciphering messages in code.