Poker and The Big Mo

Never forget that only dead fish swim with the stream — Malcolm Muggeridge.

Everybody loves a winner. Any time we see someone, or something, emerge victorious in a difficult situation, that always makes a big impression. The natural human desire to want to attach ourselves to known winners only increases whenever money is at stake. This is why so many investors in the stock market engage is what’s called momentum investing — purchasing only securities that are currently on the rise, while selling any securities that are in a downswing. The result is often the antithesis of the financial axiom to buy low and sell high, as investors pour their money into “hot” stocks that are nearing peak prices, and dump off “cold” stocks that are wandering around the low end of their price range.

Short-term perception is often at odds with long-term reality. It’s too easy to get caught up in the immediacy of the moment. Fearful of missing the bandwagon, investors latch onto upward-moving stocks regardless of whether or not the companies have sound financials or healthy P/E ratios. The perceived value triumphs over the actual value, at least for a time.

Poker players, too, can fall prey to this momentum-induced love haze, albeit in a different fashion. But it still comes down to the same fundamental mistake: focusing too much on recent results at the expense of the long-term view. Let’s call the poker version momentum playing.

Perhaps nothing typifies momentum playing more than the poker player who goes on a big rush. For the fortunate player at the center of the rush, virtually everything he touches turns to gold. Strong hands hold up, draws come in, second-best hands suck out. As long as the heater continues, this player is the human embodiment of momentum playing at its most seductive because the rush encourages him to keep tossing more of his chips into the middle, more often and more aggressively. Winning begets more winning, or so it seems.

And at least for a time, the rush-happy player has reason to believe he’ll get a better-than-average return on his bets and raises — not because he’s in the midst of a massive lucky streak, but because so many of his opponents will be convinced of his supernatural luck. Those opponents will be extra-intimidated by his wagers and as a consequence the rusher’s fold equity increases dramatically. But just like the overvalued stock with the stratospheric P/E ratio, the party can’t last forever. When the end comes, our formerly-fortunate player must be prepared tone down his loose-aggressive play pronto.

Or consider the poker player who has had great success with one particular type of play. He may be tempted to repeat that maneuver again and again, without fully taking into account how changing game conditions have affected the likely outcome. Bluffing is a prime example. If Butch the Bully bluffs Ned the Nit out of a large pot during a NL tournament, no doubt that would be an extremely gratifying experience for Butch. And since Ned is a nit, it’s perfectly understandable if Butch thinks he’ll be able to repeat the bluff with equal success later in the tournament.

But Butch needs to be careful. Whether in poker or investing, the momentum created by previous success gives a false sense of security, an excessive sense of empowerment. If Butch thinks that all he has to do is shove a big pile of chips in Ned’s direction any time he wants to pull off another bluff, he may be in for a very rude awakening. All it takes is one failed bluff attempt to evaporate a huge chunk of Butch’s stack and potentially deep-six his tournament — and any number of factors can change an impressive bluff into a snapped-off disaster. What were the conditions of the original bluff and are they in place now? Maybe this time around Ned has a smaller stack and has committed too many of his chips to let go of the hand. Maybe Butch’s next bluff is a clumsy wager that comes out of nowhere and doesn’t match up with his betting on earlier streets, allowing Ned to figure out what he’s doing (Ned may be a nit, but he’s not stupid). Perhaps the community board isn’t threatening enough to make Ned fear a big hand. Or maybe Butch is missing the signs that Ned has a real hand this time.

Whatever the reason, a play that was profitable one minute ago might be an expensive mistake now, because game conditions are constantly in flux. Momentum can coax us into forgetting that.

Why do we have favorite hands? Sure, sometimes it’s a sentimental thing, because the number of pips add up to an anniversary date, a birthday, or some other personal touchstone. But more often than not, we favor a hand because we remember winning big with it sometime in the past. Nobody would blame Doyle Brunson if he said his favorite hand was 10-2, but you still don’t see him actually playing the hand all that often. And if Doyle Brunson, as brilliant as he is, knows that he can’t win consistently by playing a weak hand like 10-2 — no matter how spectacularly successful the hand has been for him in the past — who are we to think we can play substandard, sentimental-favorite hands and expect to win?

But if momentum can encourage us to overplay hands just because we happened to win big with them before, it can also induce us to underplay hands that are known to be profitable, just because we haven’t been winning with them recently. The classic example (which almost all of us have been guilty of at one time or another) is not raising before the flop with premium cards such as Aces, Kings, or A-K when we haven’t been running well with them lately. Yeah, sure, there are some scenarios where it’s correct to slowplay premium hands before the flop, but those scenarios are few and far between. Like the momentum investor who can’t sell a stock fast enough because the price fell five points last week, we merely limp with aces because we remember vividly how our Aces got cracked last time. Or we limp with A-K when we know the pot should be raised, because the last several times we were dealt A-K it never connected with the board and we always had to fold.

The cards have no memory. It’s one of poker’s most famous axioms and it’s absolutely true. But we do. We remember previous hands — how these cards worked out for us and those cards didn’t, how this opponent got lucky against us and that opponent never has. Remembering and analyzing the action from previous hands is a critical part of being a skilled poker player. But our memories can also betray us. Whether it’s warm-and-fuzzy memories of victory or nauseating flashbacks of failure, if the past intrudes into the present and causes us to misjudge the value of a hand or the profitability of a play, that’s the moment we become victims of our own momentum.

One Response to “Poker and The Big Mo” 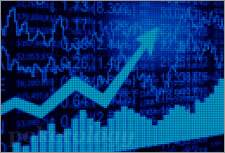 Perhaps nothing typifies momentum playing more than the poker player who goes on a big rush.