How to Avoid Poker Burnout

“This game is evil.”
“How could that SOB get lucky on me again?”
”Why do I keep losing?”
“What am I doing wrong?”
“I always get my money in with the best hand, but it never seems to hold up.”
“I raise and re-raise but these idiots don’t know the meaning of the word ‘fold’.”
“I make all the right moves, ply my ‘A’ game, but haven’t had a winning session in months.”
“Sometimes I just want to quit.”

Do any of the above quotes sound familiar? Have you heard them from any poker players you know? Have you, perhaps, asked some of these questions yourself? From the lowliest limit game grinder to the stars to the poker TV tournament scene, every player eventually hits the brick wall known as ‘running bad’. How can you tell the difference between ‘running bad’ and playing badly? Even more importantly, how can you keep ‘running bad’ from turning into ‘going mad’? Here are a few ideas that will help you keep you edge at the table and keep your head away from the felt when the roller-coaster ride of your poker career takes a sharp drop.

Switch from ATC to ABC Poker

If you pride yourself on your abilities to play any two cards from any position, but find other players seeing through your bluffs and brass, you should slow down and get back to basics. When you play by the book, ABC poker, you can get a true measure of if you’re playing badly or simply the victim of variance. Sure, Gus Hansen is younger, cooler and better looking than Dan Harrington and his macho, aggressive style is much more exciting to watch than ‘Action’ Dan’s. Remember, though, which one has a WSOP Main Event title (1995) and two Main Event final tables in two straight years (’03, ’04) in two of the biggest fields up to that time.

Speaking of Harrington, many players consider his “Harrington on Hold’em” series among the best poker books ever written on the subject of no-limit hold’em tournaments. If you ever feel frustrated with your game, don’t be afraid to go back to the drawing board (or, in this case, your bookshelf) and study the works of the masters such as Harrington, Sklansky, Krieger and, of course, Brunson. For those of you who prefer to learn th techniques of your favorite online hotshot instead of one of the ‘old guard’, many of them have blogs or post their hand histories on various forums. Such immediate insight without the filter of an editor or a publisher can take you inside their thoughts as they guide you through how they play their hands.

If your primary specialty is no-limit hold’em tournaments, you could try a low-limit cash game to learn patience, pot odds and turn/river play. If you want to step away from hold’em temporarily, other poker games can teach you needed skills that you can still apply in your hold’em arsenal. For instance, Razz (seven card stud low) can teach you the true value of starting hand selection. Pot-limit Omaha can help you learn about controlling the size of the pot as well as how to read various possibilities on the board, especially in the high/low variation of the game. Seven card stud reinforces the ideas of counting outs and not chasing longshot draws. Mixed games, of course, require all of these lessons, which is why many pros favor such a blend of games in both the famous “big game” at Bellagio as well as the $50,000 buy-in WSOP HORSE tourney. In simple terms, if you take the stress of your game away from winning and emphasize the learning process, eventually you’ll improve your game and get back on the winning track.

Step Down Your Betting Levels

If you’re a struggling cash game player at your current level, you may want to step down a level or two. Such a move can improve your results for several reasons. Typically, players at lower levels are less skilled or experienced, thus you can use your superior knowledge, as well as your application of the basic principles, to work your way back up. Also, lower betting levels will place much less stress on your depleted bankroll; if, for some reason, you continue to run bad, the wounds won’t be as sever as they would be at the higher level. The only caveat to this idea is that some players lose their edge when they step down. This may be due to lack of motivation, resentment at the need to take a step backward or underestimating their new opposition. In any case, you must still play your best poker even at lower levels. Instead of considering it a step down or some type of failure as a player, think of it as a ‘rehab assignment’ for your poker bankroll. In baseball, when a star player is coming back from injury, he spends a few weeks in the minor leagues to play himself back into shape. Don’t consider a step down to be a “demotion”, just a way to play yourself back into the mental shape needed to play at your usual level.

One brilliant forum poster had an insightful quote on reading too much into the results of playing sessions:

“Caring about poker results is like falling in love with a stripper.”

While you can read what you want into the poster’s love life, the truth remains that variance in poker results is inevitable. Although keeping track of the results of each session is important, a losing session (or even a string of bad sessions) have less to do with your abilities as a player than the day-to-day fluctuations in the stock market have to do with the overall health of the economy.

Take a Break from the Game for a While

Players would also serve themselves well by remembering a quote from a certain eleven-time WSOP bracelet winner who had this to say during last summer’s Main Event: “To you, this is poker. To me, this is my life!” If it weren’t for this player’s overbearing ego and displays of obnoxious behavior, such a statement could be considered pathetic and sad. Away from the table, he enjoys a life filled with love from his long-suffering wife and family, universal respect from his peers and adoration from fans of the game. He has given of his time, effort and money to numerous worthy charitable organizations and has earned recognition for his ability to teach new players some of the finer nuances of the game. His statement after losing a hand, as well as calling the winning player an ‘idiot’ repeatedly and berating his national origin not only showed a lack of class and respect for both the game and his opponent, but also displayed a disturbing lack of perspective. Keep in mind when you need to step away from the game that you have more to offer your family, your friends and the world than just winning and losing a poker hand.

Remember that, as much as you may watch it, play it, study it and get frustrated by it, poker is still a game. Unless you’re a pro, it’s not your job. Even if you are a pro, it’s certainly not your life. Poker is meant to be fun; if it weren’t, why else would we all still put up with it? 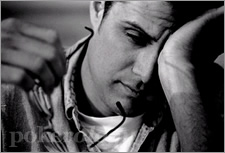 Remember that, as much as you may watch it, play it, study it and get frustrated by it, poker is still a game.