What is the one common dream that most poker players share? I think it would be safe to say the answer is making the final table at the World Series of Poker’s main event. Well, my dream came true. I found myself not only making the final table but wound up facing down, heads-up, none other than the Godfather of poker, Mr. Doyle “Texas Dolly” Brunson! That’s right, the man himself and your humble Pokerology.com contributor, for all the marbles and the bracelet! It was surreal and I actually had to pinch myself to make sure I wasn’t dreaming. Indeed, a dream come true.

We started heads-up with almost identical chip stacks and I knew I’d have my hands full with all the experience and savvy skills this titan of poker possessed. My strategy was simple. I was planning to use Mr. Brunson’s world famous aggression against him by being patient, waiting for a big hand and then trapping him for all his chips. Sounds easy and straight forward, wouldn’t you say? So, according to plan I sat there and “allowed” Doyle to steal pot after pot as I tossed into the muck a series of 7-2, 9-4, 5-3 and 6-2 junk hands. Finally my patience was rewarded as I looked down to see a beautiful pair of Queens. As I was admiring my ladies, Mr. Brunson fired out a raise. He had just a few more chips than I held and I didn’t want to chase him away so I only made a modest re-raise. Without hesitation, Texas Dolly pushes all-in making me wonder if he was just trying to push me off my hand or if he had me square in his cross hairs with Aces or Kings.

Calling his bet would put me all-in but for some reason I sensed The Godfather was just trying to move me off my hand, and I cannot stand the thought of being bullied, so I made the call. Once I uttered the words, “I call”, a sense of dread overcame me as I feared that my pocket ladies would be overmatched and dominated by Doyle’s Aces or Kings. Since I was all-in, the tournament director instructed us to turn our cards over for all to see and, low and behold, my initial read was correct and all The Man had was the Ace-Jack of hearts. Now, always being the starry eyed optimist, I became absolutely convinced that my ladies would fall victim to a big, fat Ace on the flop. I know you’ve all experienced the dreadful Ace appearing to crush your proud pair of Kings, Queens or Jacks. The Poker Gods really seem to enjoy inflicting the pain associated with that seemingly standard occurrence. Did I mention the part about my being a starry eyed optimist?

The flop delivered a beautiful Ace free Queen, King, King. “Yea of little faith”, I thought to myself acknowledging that I’d flopped Queens full and had The Godfather absolutely crushed. I was elated – my plan had worked and the mission was almost accomplished. The turn produced another King which improved my hand to Kings full but also made me vulnerable to a possible river Ace which would give Doyle Kings full of Aces versus my Kings full of Queens. The tension mounted as the river card was exposed and, thank you Poker Gods, for it was not an Ace, which was my fear. I felt like the Cincinnati Kid or Mike McDermott in the movie Rounders as I thought to myself, “I’ve got him, I’ve got the man!” The river was actually the case King putting all four Kings on the board. What? What just happened? I had two different full houses and a set of quads all in the same hand and I lost to Texas Dolly’s Ace kicker! I was in a state of shock as a low moan escaped my lips and I once again felt like the Cincinnati Kid or Mike McDermott as the sting of this bad beat washes away the euphoria of a moment ago when I was a prohibitive favorite to crush my opponent.

As I sat there absorbing the full impact of having come so close and then losing in such a bizarre manner, a buzzer of some short went off. I looked around for the source of this noise but all I could focus on was Doyle’s huge, smug, self satisfied smile. I sat there looking at the Godfather of Poker with his ghastly smile and listening to that annoying buzz. Then I woke up and realized that annoying buzz was my alarm clock and that my dream come true had been just that, or more accurately, a nightmare.

During my morning routine I was somewhat fixated about my dream and chuckled to myself at how long the odds were to actually arrive at the final table of the World Series and on top of that to be playing heads-up against Doyle Brunson. Infinity would be overstating the odds but, in truth, they would probably be way, way out there. However, even though my experience occurred in dreamland, I felt confident that should I ever be fortunate enough to find myself in that situation when awake, Mr. Brunson would first spot me the nuts and then suck out a winner just to demonstrate why he is The Man. Anyone who could win two World Series of Poker championships with the same starting hand of ten-deuce could certainly turn Ace-Jack suited into quads with a winning kicker… wouldn’t you think? 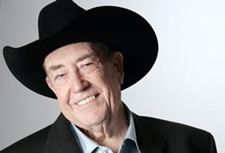 I felt like the Cincinnati Kid or Mike McDermott in the movie Rounders as I thought to myself, “I’ve got him, I’ve got the man!”