Most of us who enjoy playing poker and other games are, in fact, conundrum junkies. If we all knew exactly what the outcome of any and all events would be, there would not be this wonderful thing called gambling. I’m sure many have fantasized at one time or another about how wonderful it would be to see into the future and how immensely profitable it would be to have such a gift. We would never lose! Oh, how marvelous that would be. Or would it?

I’m showing my age now, but some of you may recall a television show broadcast in the US from yesteryear called The Twilight Zone hosted by Rod Serling. There was an episode which featured Jack Klugman as a pool hustler, on the theme of never losing. The main character is killed in an accident and thinks he has arrived in Heaven because all he does is win, win and win. He would hit a rack of balls and everyone one of them would drop in a pocket. If you don’t recall that old show, the moral was that it became sheer hell once the hustler realized he just could not lose – no matter how hard he tried. He knew he had died and when the winning started, he thought he was in heaven. When, try as he might, he could never lose, he realized he was well south of heaven. The uncertainty of outcome is the buzz of gaming. If all uncertainty is removed, boredom sets in quickly.

Well, poker players don’t have to worry about there being any element of chance when they play. In fact, even the very same hand is rarely, if ever, played the same way or with the same results. There are so many variables requiring so many decisions and that is much of why the game is so difficult to master. The game involves people, psychology, math and, of course, chance. The richness and complexity of the game is what makes poker so challenging and so much fun. How is my opponent playing this hand? Is he slow-playing, bluffing, value betting? The value of deception! Who is playing well and who is not, among your opponents? Who are the strong players and who are the weak ones? It can all be so puzzling.

All good players are constantly being observant and evaluating their opponents and their tendencies. Clocking the game and filing away valuable information about your foes helps you make sound decisions. Have you ever noticed this phenomenon? The players whom you initially regarded as strong begin playing weakly and the players whom you had pegged as weak begin to play much stronger than originally assessed. What a conundrum! I notice this all the time, as I play with many of the same opponents on a regular basis. What makes this phenomenon even stranger is the fact that these players don’t just take on the role of strong play or weak play for the session, but seem to flip-flop back and forth during that session. What is going on here? I know, you’re thinking all that is happening is these players are shifting gears in an attempt not to be too consistent, and it’s perfectly normal. I thought of that as well, but I do not believe that is the whole story.

I do believe I have the other piece of the puzzle, and it’s this: Aside from a table full of world class pros, most poker games we participate in contain a fairly wide range of ability. In fact, it’s what we all hope for – to be seated at a table full of players who are not quite up to our level of skill. Put your ego in your pocket while I solve this conundrum for you. The answer in one word is consistency or, more to the point, the lack of it! That one word, consistency, is what separates the true professionals from the amateurs in every endeavor. All skilled amateurs, regardless of the sport or game, can make that great play, shot or catch on occasion. The difference between the true pros and the amateurs is not the greatness of a single play, shot or catch, but the consistency in which they make those great plays, shots or catches. Certainly, amateurs make them with considerably less consistency than the pros. In the case of poker, consistent great playing is solid, tilt-free and informed decision making at its finest. So, my theory about why the weak players appear to be playing stronger and vice versa is just a matter of consistency.

To truly determine our opponents’ level of skill, we need to watch their level of consistency. As the old saying goes, “Even a blind squirrel finds an acorn every once in a while”. So, your mission is to figure out who among your opponents are the blind squirrels and who are the real pros. What a conundrum! 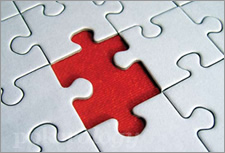 There are so many variables requiring so many decisions and that is much of why the game is so difficult to master.