I live in Boston, Massachusetts. Poker is officially illegal here – as it is in much of the United States. The Unlawful Internet Gambling Enforcement Act (UIGEA) seeks to prohibit us from playing poker online too. If the cabal of anti-gambling zealots who pushed through this law has their way, we Americans may be prohibited from playing poker anywhere.

What to do? Some wallow in despair, decrying this as the ultimate bad beat. Others simply break and ignore the law, playing in illegal games and finding ways around the UIGEA to get money to online poker sites. I take a different tack. As George Washington once said, “In the preservation of your government…it is requisite that you resist”. And so I do.

I take two approaches. I’m working hard, with the Poker Players Alliance among others, to overturn or otherwise neutralize the UIGEA while simultaneously fighting to liberalize anti-gambling laws in my state. If you’re interested in that serious effort, I recommend that you check out the web site for the PPA. It’s prominently displayed on my website, House of Cards Radio. While you’re there you can check out my interviews with others, like Congressman Barney Frank and PPA Director John Pappas, who are leading this important campaign against the UIGEA.

My other efforts are more conversational. I believe that change often comes one person at a time. Start with those you know. Move on to those whom you’ve just met. Give them each your best argument. Before long, your thoughts will be repeated. It’s how a mass movement starts. (OK, admittedly it’s how only a few mass movements started. But at least it’s something to think about). I’ve found that many are reluctant to engage with others in political conversations such as this. What keeps them from such talk is a lack of something clear and simple to say. Politics can be so messy that many do not venture forth for fear of being tongue tied.

In the interest of making such pro-poker talk as easy as possible, let me share with you five of the talking points I’ve used to persuade my friends and acquaintances that poker should be legal. I’ve tried to write them in a way that can give you the benefit of an intellectual as well as a visceral argument with those you speak to. If you think of other arguments in this vein that have worked for you, please let me know.

#1 It is the highest form of hypocrisy not to allow it since there’s already so much legal gambling.

Go to any state but Hawaii and Utah and what do you find? An enormous amount of lawful gambling. There’s BINGO, BEANO, and BLITZ. There are scratch tickets, instant keno machines, Powerball, Megamillions, and dozens of other state lotteries. There are horse tracks, off track betting parlors, dog tracks, jai alai frontons, racinos, and Indian casinos. There are 50/50 raffles, drawings for door prizes, sweepstakes, and Las Vegas nights. And that’s just what we call gambling. Banking, the stock market, commodity trading, and insurance are really just forms of gambling dressed up in a suit. If these other forms of gambling are legally protected, why shouldn’t poker also be allowed? Since everyone else is doing it, why not we!

#2 Having selectively enforced anti-poker laws on the books breeds contempt of the law.

Laws should not exist if they are not going to be evenly, routinely, and fairly enforced. Anti-gambling laws, as they are applied to poker, have a history of very uneven enforcement. Know a cop? Don’t worry about getting your home game busted. Not have political connections, however, and you could end up with your game being busted, your money and equipment being confiscated, and your ass in jail for the night. This is not the way our founding fathers intended for our democratic society to be run. It leads to contempt for the judicial system and, eventually, corruption. Anti-poker laws are un-American!

#3 Legalizing poker, on the Internet and in our cities and towns, would provide a good source of income and help insure that poker players are protected from dishonest operators.

Millions play poker in illegal house games. As illegal games, they make up the untaxed and unregulated underground economy. Similarly, since online poker is not allowed in the United States, these games operate with no regulation or taxation either. Players who are ripped off have no legal recourse. Player disputes have no way of being properly adjudicated. There are potentially billions to be collected in taxes as well. Let poker players bail out the economy!

Poker, when played well, exercises the mind. The successful poker player must be adept at probability, statistics, arithmetic, logic, psychology, and observation. The skill set for poker players may be transferred to trading, banking, insurance, accounting, and other forms of business. Encouraging children to play poker competitively can only help them develop these skills that will help them become successful and productive adults. Poker will make your child smarter and more successful!

#5 The UIGEA and other anti-poker laws hinder our ability to succeed in international intellectual competition.

Intellectual competitions are no longer a strong suit for Americans. We haven’t had one of the top rated chess players since Bobby Fisher was world champion nearly forty years ago. China, Taiwan, South Korea, North Korea, and even Russia finished ahead of the United States in the 2009 Math Olympiad. But poker is something we still excel at. Though players from many other countries are making progress, the leader boards of major poker tournaments are still dominated by Americans. The UIGEA, however, ties the hands of millions of potentially great American poker players – while the rest of the world, with unfettered access to poker on the internet, catches up. There are many reasons why the US Government is wrong about online poker, and why handicap ourselves by diminishing the legal outlets for this showcase of American intellectual power? Undo the UIGEA or the Ruskies and other foreigners will eat us for lunch! 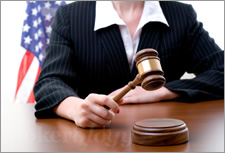 Banking, the stock market, commodity trading, and insurance are really just forms of gambling dressed up in a suit.